Some People Will Do Anything to Receive Attention 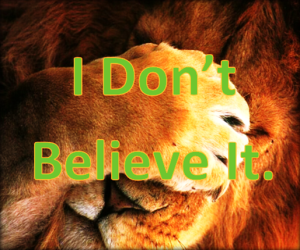 Muhammad Ali, Usain Bolt, Mother Teresa, Mahatma Gandhi are just some of the names of people who deserved every accolade that was placed upon their heads, they excelled and accomplished a great deal in their lives. They are not included in the group of people who will do anything to receive attention.

These are the people who seem to spend every moment of the day trying to get attention for other people’s good deeds. Politicians are at the head of this group. We all know that business owners are at the heart of growth in any country’s finances, they create the jobs which put money in the governments funds, yet when the country is doing well the politicians are shouting, look what a great job we’re doing. When the country is in recession, the cry is, businesses are the problem, it’s not our fault.

Other people who fall into this list are so-called celebrities who are famous for reasons I haven’t got the time or interest to find out but the general public can’t get enough of them if the two minutes of, “I’m a celebrity get me out of here,” I watch last night is anything to go by; these normal people were put out in the bush to do things nobody in their right mind would do unless their very existence was at stake but these regular people were doing it to get attention, and the baying crowd were cheering them on.

My favourite quotes on this topic are,

There’s nothing wrong with getting attention but it should be for the right reason. The following quote is the one I admire.

If you refuse to accept every opportunity you're given, you can't blame anybody for the live your living.
View all posts by BrendanDunne →
This entry was posted in attitude and tagged attention, attention seekers, funny quotes, insecurity, insecurity quotes, life, quotes. Bookmark the permalink.

This Perspective of the Now
Praying for Eyebrowz

Doing the best I can with what I have

The musings of a Londoner, now living in Norfolk